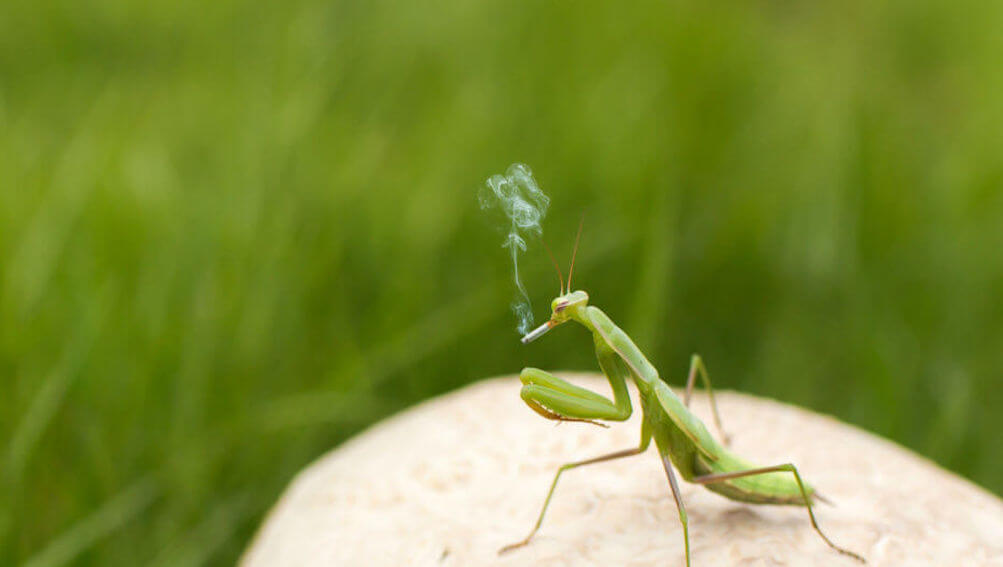 April Fool’s Day fell on a Monday this year allowing for crafty marketers and savvy PR professionals to sneak up and try and trick us into paying attention to their brands. Companies like McDonalds and Google launched clever stunts aimed at humanizing their brand and gaining extra exposure on social media.

Some of them made us chuckle and many of them made us cringe (*cough* DJ Khaled & TikTok *cough*). But that’s enough from us, let’s jump into this year’s corporate April Fools’ Day jokes and see which ones were hits and also see who missed. Watch the archive of our live stream below where Miles and Mitchell (m&m) share their thoughts on these campaigns and more.

This is a fun campaign as it plays on the inventive (or weird) food pairings people create with the McDonald’s menu. These alternative flavors would allow people to shake things up (pun intended) from the standard BBQ or sweet ’n’ sour sauces — and have actually ended up with people asking for it to be a real thing! If you’re one of these people, we’re sorry. But if you haven’t dunked your fries into their chocolate sundae yet, you’re missing out on a real treat you can actually try! 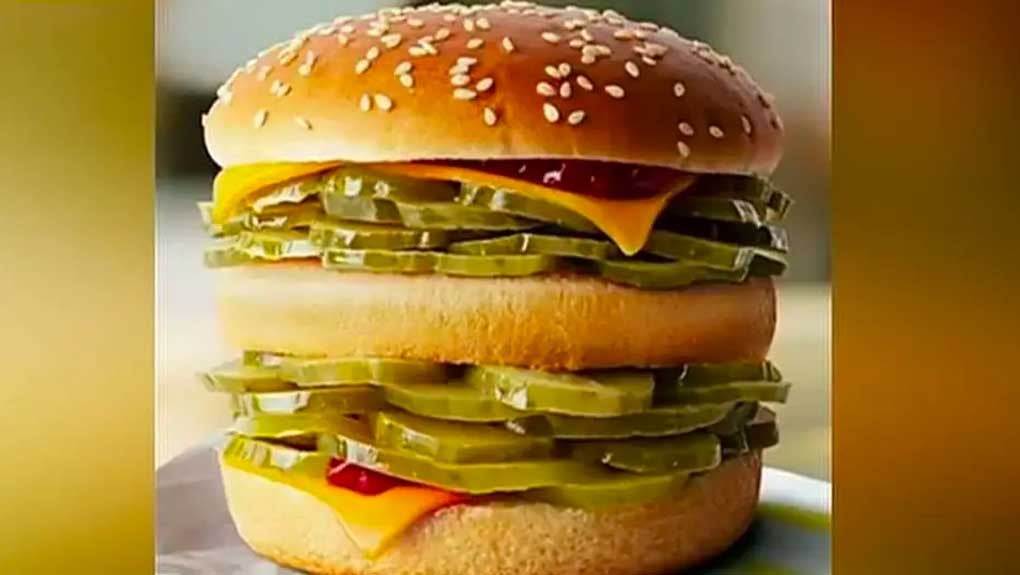 On the other side of the world, McDonald’s Australia has advertised a burger comprising of layers upon layers of pickles.

Whether this would be more popular than the milkshake sauce pots, it is just another hoax product from McDonald’s. However, this campaign, like the UK version, only required a few simple assets and yet it has gained tons of online engagement. Okay, it’s not overly funny or extremely shocking, but it’s a great way to show how a small effort can go a long way.

Once again, Google has partaken in the April Fools’ Day spirit, and once again, they did not disappoint.

Following on from last year’s Google Maps Where’s Waldo (among others) and 2017’s plans for opening a data center on Mars (among others — they REALLY love April Fools’ Day), this year they’ve “introduced” Google Tulip.

This so-called product allows plants and humans to communicate with each other. We would actually be pretty keen to have one as it would solve the constant question of “Did I under-water or over-water it?”. Starting off with tulips, they hope to expand this to other types of plants.

We think Google continues to do a great job with their April Fools’ campaigns. This year’s take is of them spoofing their innovation and cutting-edge technology in a way that merits a genuine laugh. 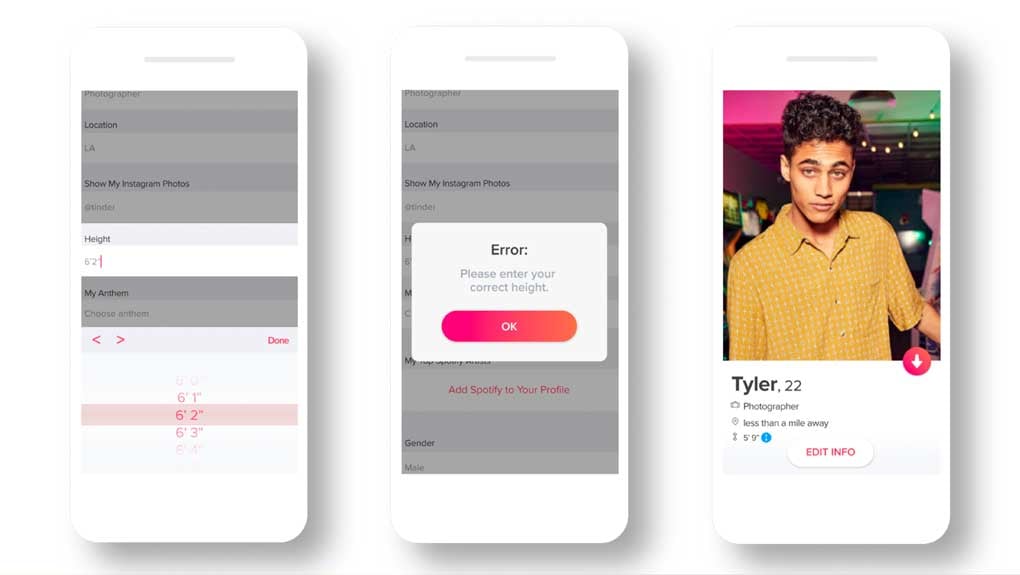 Tinder has trolled users by announcing three days ago, the plan to introduce a height verification badge. “Simply input your true, accurate height with a screenshot of you standing next to any commercial building. We’ll do some state-of-the-art verifying and you’ll receive your badge directly on your profile,” it teases.

This joke was just fairly funny, but it got funnier when one man fell for it and then shared online that women should then have to clarify their weight. Not cool. But thanks for extending the joke.

What is the biggest problem facing astronauts? The excess CO2. Sodastream pranked us by launching a new product inspired by astronauts that catches your burps and turns them into a way to make a seltzer.

This is pretty funny and very timely given the recent news of Virgin Galactic having their first two successful space flights and NASA’s plans to return to the moon. Also, love the tagline “One small burp for man, one sparkling leap for mankind.”

Welcome to Caulk, a vitamin-packed dairy-free milk alternative made from cauliflour.

This is a brilliant take on today’s health food culture around non-dairy milk. FreshDirect has really done a great job with this April Fools Day joke. This video is very well done and even though it’s very frank that this is an April Fools’ joke, it’s very entertaining. The landing page also has a series of well-written jokes like this testimonial “Finally, a chunky, lumpy, milk to have with my morning coffee.” 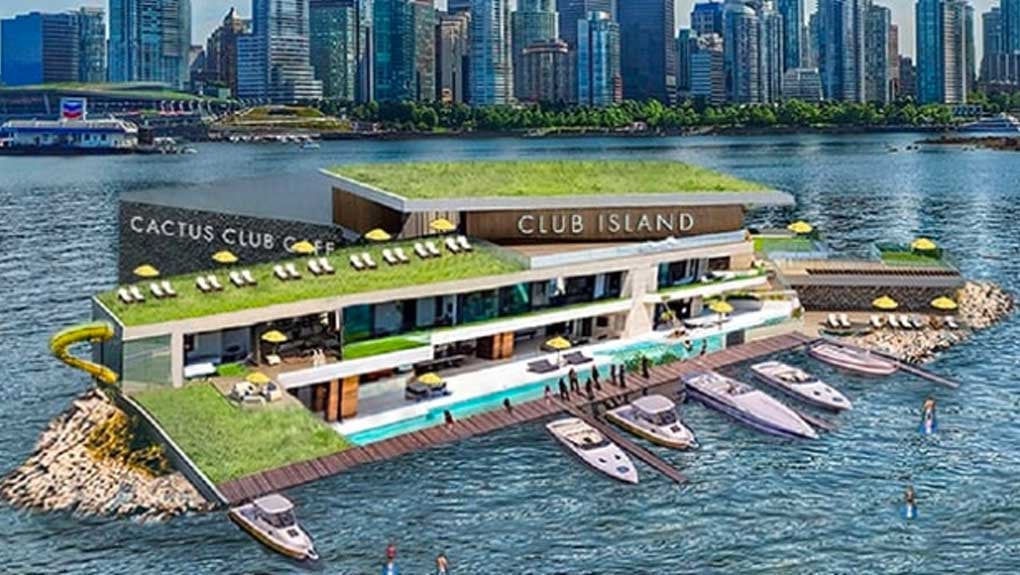 The news of our client, Cactus Club, launching Vancouver’s first stand-alone floating restaurant, Club Island has gotten a thumbs up from their followers.

Targeting a very specific location, their hoax has drummed up a lot of interest with many people wishing for it to really happen. No doubt the boat/kayak/paddleboard-accessible location would have amazing views and be a unique and fun experience. We’re just not sure how successful we’d be during the post-happy hour trip back.

We love this campaign because despite how much we try to be good by setting reminders and notifications to get us to achieve something, we’ve started to tune them out. Like mindlessly snoozing the alarm on our phones first thing in the morning. With all the constant notifications we get, we think we’d definitely be on track with a Duolingo Push.

The big question here, however, is “Who would win in a jello wrestling match at SXSW? The Duolingo Owl or the Hootsuite Owl?”

Nutrl, Nude, Splash, whichever brand you drink, soda vodka drinks in a can have quickly become popular. Nutrl has made sure their brand stands out by taking part in this year’s April Fools’ Day shenanigans by “introducing” two new drink flavors: beetroot and asparagus.

Oddly enough, with today’s weird health kicks these flavors don’t seem so bizarre. Okay, so we’re not up for trying the asparagus flavored version, but the beet one has us intrigued. This campaign was well executed and could make anyone second guess whether it was a real April Fools’ joke or not (we’ve double checked, it is).

WestJet fell flat with their Flyre Festival – A Music Festival in the Sky. As an attempt to promote their 787 Dreamliner, they stated that the festival would happen at 35,00 feet with social influencers taking part in the festival and “getting down to EDM beats.”

Firstly, thousands of people were scammed for large amounts of money during the Fyre Festival debacle so not sure why they would want to not only pick fun at it but also link their brand to the event. Secondly, the video was well shot but was filled with the overused jokes about influencers, models and the Fyre Festival.

We have enjoyed their previous years’ April Fools’ campaigns, so better luck next year.

DJ Khaled announced that he was TikTok’s new Chief Motivation Officer in the April Fools’ video. He then goes on to share four positive tips for a good life.

We have to say that it’s pretty cool that TikTok got DJ Khaled on board for their campaign. After all, we’re TikTok fans ourselves. However, the video is a bit cringy. Also, for those who don’t really know what TikTok is (despite it being the fastest growing social media) the video doesn’t really give a good sense of what it’s about.

Honda Canada has introduced the polite horn because the regular horn is just too aggressive when drivers just simply need to get the attention of others.

It’s kinda funny, especially coming from Canada – the land of politeness – but coming from such a large brand, we were hoping the video quality would have been better. Even for April Fools’, it’s important that the campaign’s quality matches the brand’s image. It could have also been funnier if there was a variety of noises available to choose them. The “Uh-hum” was about as annoying as an actual horn by the end of the ad.

We always enjoy seeing what creative angles marketers and brands come out with and April Fools’ Day 2019 did not disappoint.

5 questions to ask your marketing agency during a recession