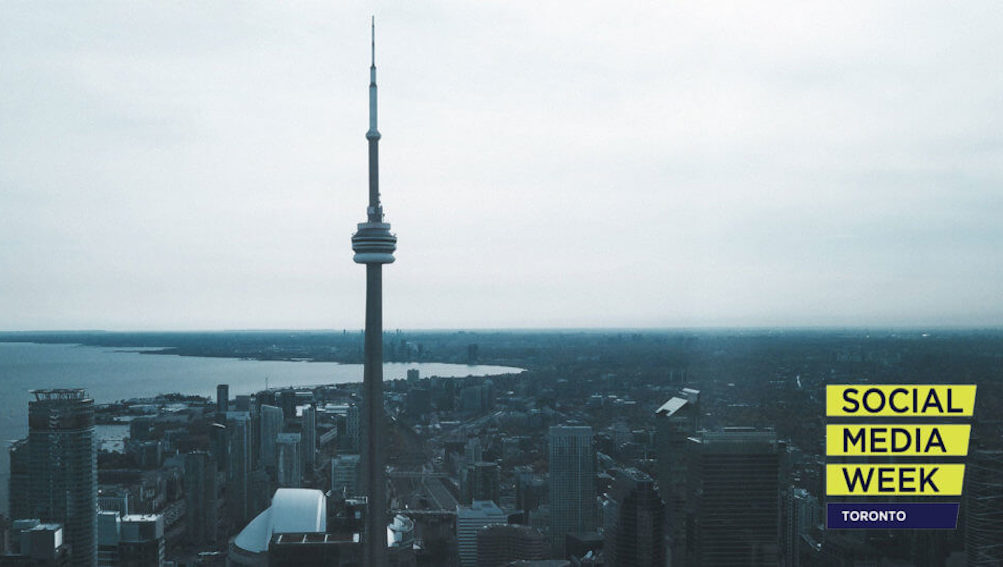 It’s Social Media Week in Toronto so it’s about to get extra social both on and off-line.

Social Media Week is a leading worldwide conference that allows thought leaders and practitioners to get together and explore the influence social media is having on businesses, society and culture around the world. With conferences held around across six continents, we’re thrilled to see it kick off in Toronto.

We’re particularly excited about this year’s event as Chris Breikss, one of Major Tom’s Founding Partners, will be taking the stage. At 1 pm ET this Tuesday, he will be joined by Instagram megastars Lola Tash and Nicole Argiris, the “Meme Queens” behind @MyTherapistSays. This Instagram account is where they create and share social’s funniest memes which has led them to gain over 3.1 million followers. Chris will be discussing with Lola and Nicole the latest trends in social, mental health and more, as well as leading the Q&A session afterwards.

Following on from this session, Twitter Canada will be picking up the mic and discussing The Power of Purpose. Michelle Slater, Head of Business Marketing at Twitter Canada, will be addressing the increase in consumers wanting companies to stand for something meaningful, and how companies can successfully voice these sensitive topics.

Later on, VICE Canada, a multiplatform company rooted in digital presence, will have their General manager, Nina Sudra, lead a session on what goes on behind the scenes of their business. She’ll be revealing how VICE Canada has excelled at staying relevant and active in culture and will take us through the media and content distribution perspective of marketing.

This four-day event will also see the likes of Facebook, Globe and Mail, LinkedIn and CBC Toronto lead sessions on social media strategies and trends. By the end of this week, Social Media Week attendees in Toronto will have a newfound understanding of the hottest social media topics and be ready to further the positive influence it has on businesses and people alike – we can’t wait!

To keep up with the latest happenings during this week’s conference, be sure to follow the hashtag #SMWTO.

Chris Breikss founded our agency with John Blown in the year 2000 and earlier this year rebranded it as Major Tom. It was only two weeks ago that Chris relocated from Vancouver to Toronto and here you can learn more about his new adventure and the latest on Major Tom’s leadership.

What B2B can learn from B2C when turning potentials into clients