The Gathering: How cult-like brands get their loyal followers 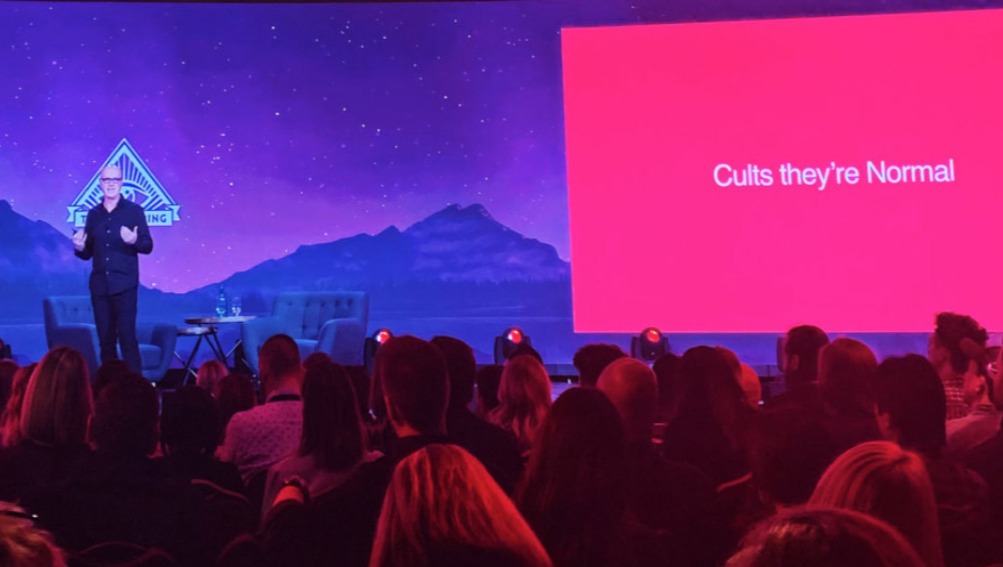 There are countless tech and marketing conferences to choose from, and often, it’s difficult to decide which to attend. We look out for events that bring value to our business and partners — with takeaways that are both insightful and actionable. Last week we were fortunate enough to attend The Gathering in Banff, Alberta which surpassed our expectations and was an incredible experience.

The Gathering, is a unique summit that brings in leaders from the most “cult-like” brands around the world to share their experiences around branding, marketing, and successfully connecting with consumers on a deep level. This year’s speakers included Doritos, Skittles, A&W, Under Armour, Coca Cola, and Spotify. We’ve outlined some of our key highlights from the event, including recurring themes that were addressed.

One thing that cult-like brands do well is listen to and engage with their audiences. They focus on making real connections with their advocates and providing value, as opposed to being product-centric.

Geoff Cottrill, SVP of Strategic Marketing at Coca-Cola, compared a brand’s communication to a guest at a dinner party. You don’t want to be disruptive by standing up, interrupting others, and boasting. Instead, you want to listen and learn from those around you — otherwise, you’ll likely get kicked out.

This discovery led to the adoption of:

With The Gathering being a summit that revolves around “cult-like” brand influencers, it was no surprise that another theme that appeared was around community and a sense of belonging.

Not taking yourself seriously

Lastly, several presenters stressed the importance of taking risks and tying in brand-specific references with humor to connect with fans.

There is no one-size-fits-all approach in marketing, and all the inspiring speakers touched on this at The Gathering summit. However, the principles above will help you to find a ‘key’ to your brand advocates and direct you closer to creating a cult-like brand.

Not only did we learn from some of the greatest leaders in the industry, but it was a chance to connect with other attendees from around the world who shared their own insightful perspectives.

Where there is data smoke, there is business fire.