We Are Breeding Metaverse Users 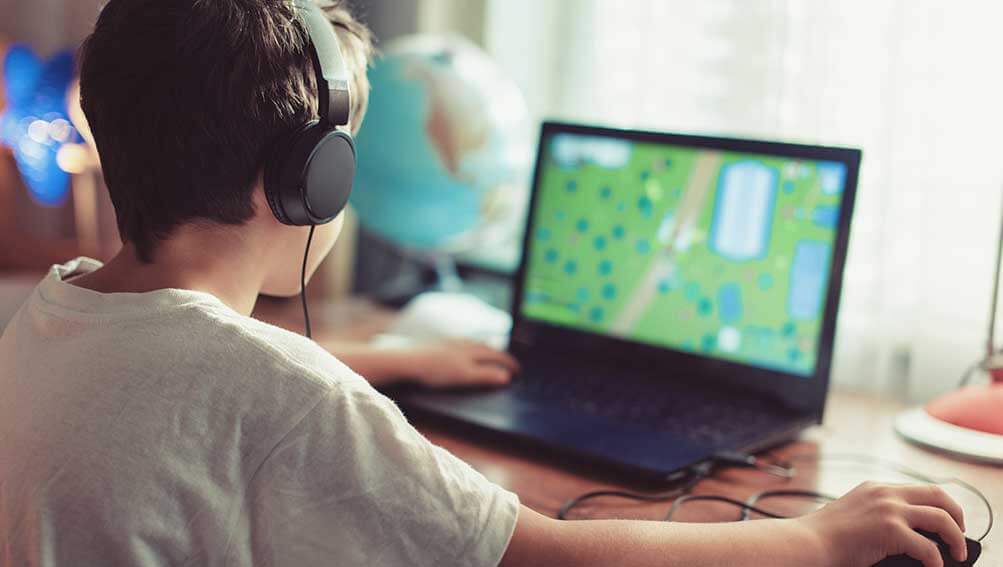 Everything I know about the Metaverse, I learned from my 5-year-old. Almost every evening, I play 30 minutes of Roblox with him while sitting on the couch with the TV on in the background. As an only child, he’s looking for a playmate. For me, it’s an opportunity to make sure he is not being exposed to the nastiness of the Internet. For those of you not in the know, Roblox is a platform where users can find, play, and create games alongside millions of other users. For digital marketers, that makes it a perfect case study into the possibilities of the Metaverse. My son loves Roblox. We have rules about how much time he can spend there, his weekly allowance is spent on in-game currency Robux (and the occasional lego set contribution), and now I spend money in Roblox, too. After all, I need to have access to the same in-game tools that he has.

This isn’t a unique experience. Until recently, I had no idea just how many kids play Roblox. Back in 2020, The Verge reported that half of all American kids under 16 played the game weekly. And that was at the beginning of the pandemic. I can only imagine how staggering the stats are now. It’s possible that the first generation of metaverse-literate users has appeared right under our noses. 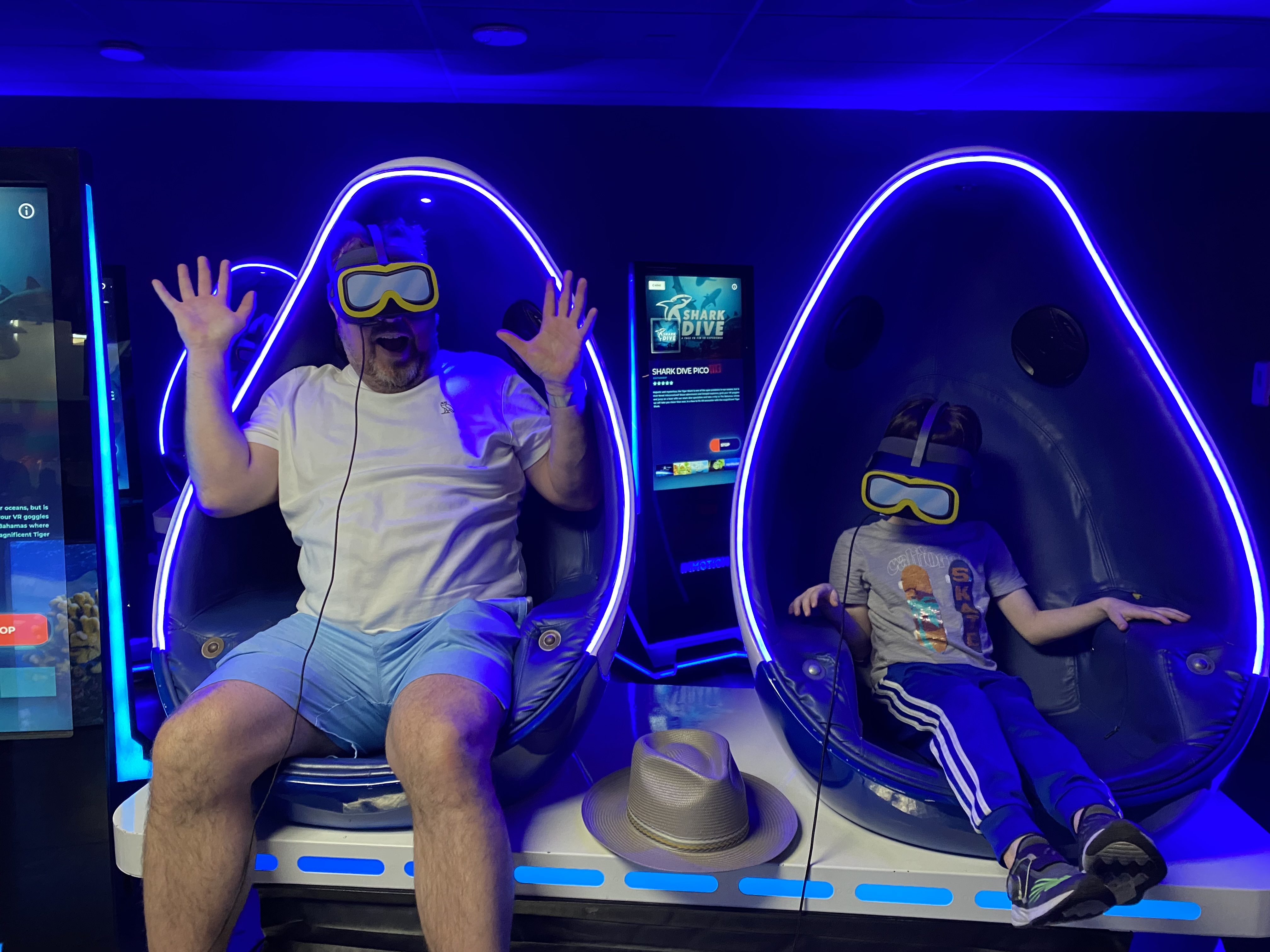 Chris Breikss and his son Truman virtual deep see-diving at the OdySea Aquarium in Scottsdale, Arizona.

Those stats put Roblox in pretty lofty company. I’ve seen it before. Each age group in our community has its own game, and they seem to get adopted in stages. Before Roblox, the neighbor’s kids were into Minecraft and Fortnite, each with their own massive user bases.

I used to view them as simply popular video games, but have changed my perspective — I’m beginning to get a better idea of what the future of the Internet looks like. With their user-driven communities, these games have given us a blueprint for the metaverse.

That means kids under 19 are already metaverse experts. They’ve grown up with this technology. Roblox isn’t new, it's been around since 2006. Next year, Second Life will be celebrating its 20th anniversary and has around a million active users. Heck, VR Goggles and QR codes have been around since the mid-90s when I was in high school.

But as we swing out of this global pandemic where technology has advanced so rapidly, the timing feels right to me for big change. People are looking to augment their real-world experiences and link digital experiences to them.

The next huge wave of the Metaverse is coming fast… and the kids are ready for it.

However, it appears that most brands and companies are lagging behind and do not have Metaverse plans or budgets in place. At Major Tom, we have seen this pattern before with each evolutionary leap of the Internet. When brands first started using social media, they had many of the same questions that they have today with Web3, NFTs, and the metaverse.

Here’s the thing: we are in the early stages of these technologies, and don’t have answers for every question. But we are exploring and evolving, and have seen early adopters of web3 reap huge rewards in terms of PR, engaging with a loyal core customer base, and building brand equity.

As always, our approach is to leverage your existing community: your current customers, fans on social media, and your email newsletter list. How do we create an experience that is going to resonate with this group first? For many of them, you have a unique opportunity to be their first brand experience in the metaverse, or their first experience in your vertical or industry. It’s your chance to thrill them with something completely new.

You might be surprised at one of the first companies to win big with web3.

Chipotle recently talked about their metaverse successes in the AdAge In-Depth event Unlocking the Metaverse. It’s worth a watch on YouTube. They discussed not only bringing fans from their social media channels into the metaverse, but also how to translate content that resonated on social media into this new format. They shared an example: knowing how people are big fans of their napkins, they created Chipotle napkin shorts that you could wear on your Roblox avatar.

This was related to Chipotle’s Boorito Maze experience campaign, launched in Roblox last October for Halloween. Fans were able to access Chipotle's virtual restaurant location to get an offer code for a free burrito, dress up in Chipotle-inspired costumes, and navigate the maze to unlock virtual items upon reaching the end.

This campaign was targeted at the next generation of Chipotle customers, offering up both real-world and digital rewards. It was fun and interactive, and Chipotle absolutely hit it out of the park.

Here’s the plot twist: Chipotle has been running the Boorito campaign for the last twenty years in real life. They’ve invited costume-wearing Chipotle fans to celebrate Halloween in-restaurant, where they receive special deals on burritos. This was the first year that they made the promotion purely digital, but with the Roblox toolkit were able to recreate many of the same elements of the IRL promotion. They successfully converted a pre-existing campaign concept and its corresponding creative, knowing it worked well and had a loyal following. Something clicked — The Boorito Maze’s Roblox page currently boasts over 8.7 million visits.

One of the secret ingredients to Chipotle’s success? They married web3 innovation with proven forms of digital marketing. In order to promote the campaign, Chipotle issued a press release and used promoted posts on Facebook, Instagram, and Twitter to engage with their most loyal fans. Their PR strategy was a huge success that earned thousands of media hits with millions of views. They had more than 30,000 people redeem free burritos on the first day. 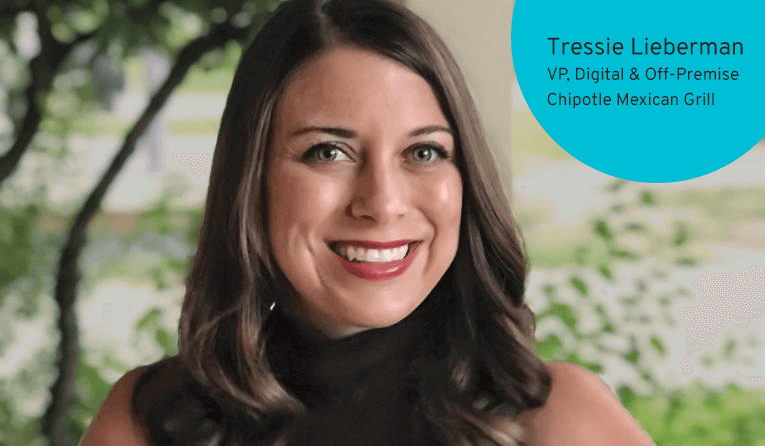 I had a chance to discuss the campaign with Tressie Lieberman, the VP of Digital Marketing and Off-Premise for Chipotle Mexican Grill, and she shared some unique insights into their strategy. Specifically, about how they engaged their pre-existing customer base on social media in order to introduce them to the experience in Roblox.

Chipotle knew that they had a built-in audience hungry for a virtual experience. According to Tressie, “our presence on Roblox allows us to engage and bring real value to our Gen Z superfans that are spending a lot of time on the platform.”

That’s not to say they didn’t engage their audience at large.

But how did they measure the success of the activation itself?

“The metrics we use depend on the activation, and unique visitors is a key metric for understanding engagement. We also evaluated gameplays, redemption rates for the free burrito codes, sales, social engagement, and media hits to assess success.”

And those metrics paint the picture of a big win for Chipotle, both inside and outside of the Metaverse.

“Chipotle’s Boorito Maze experience on Roblox has generated more than 8.7 million total gameplays from more than 3.5 million unique users since its launch. Our 2021 Boorito promotion, which included the Roblox activation and a $5 digital entrée offer, resulted in the highest digital sales day in the brand’s history on October 31, 2021.”

Chipotle’s success highlights one of the big differences with web3: you are often trying to build content that resonates with a smaller audience who are particularly interested in your brand or products. Rather than a shotgun marketing approach, you need to be far more targeted — and build something that engages those superfans. These are the customers most likely to turn into passionate advocates for your brand.

Keep in mind there is also more privacy in web3, where users can choose to remain anonymous. They don’t want their personal information to be monetized, like what Facebook and Google did in web2, nor do they want to see ads splashed all over the place on billboards and such. They are open to interacting with creative and immersive experiences that are fun but they don’t want to be sold to.

When they are ready to provide their personal information to you, perhaps in exchange for a free burrito like Chipotle did, it will then be their choice on whether they want to engage. This creates a much richer experience and bond with your brand.

Taking your first steps into web3

So, what could an activation look like for your brand?

Imagine that you create a landing page on your website that is a portal to your web3 activation. You then create campaigns and creative to support the activation, posting and boosting it on your existing social channels along with an email to your customer base. This campaign could be big or small, but you should be strategic with great creative and well-thought-out tracking and conversion points. After all, “You never get a second chance to make a first impression.”

If that sounds like a lot, don’t worry. You can work with a strong digital-minded project lead or agency with experience in the space. They’ll be able to keep all of the pieces in motion. You will also need to have creative designers and builders in place, as well as a copywriter to nail your messaging. From there, you will want a digital marketer to help distribute that messaging and create awareness for your campaign.

This 4 or 5 person team will need a minimum of 6 weeks, and more likely 3 months, to bring this strategy and plan to fruition in the right way. Post-launch, you will need a communications plan covering how you will engage with your community, and what this channel will look like for your company long term.  Our kids already see the potential — for businesses willing to get it right, something special is just around the corner.

If you have any questions or want to collaborate on a project, please do not hesitate to reach out.

HubSpot Enterprise review: How it started, how it’s going

Adjusting your campaigns for the iOS 14.5 update