If you follow Major Tom, you know that you should plan your marketing with data, not your gut. But running a data-driven campaign doesn’t mean abandoning killer creative, a resonant message, or a connection with your audience.

Take our recent Corporate Content Awards win alongside Teck Resources. Winning the “Best Use of Data” award, our campaign paired resonant public health storytelling with a data-fuelled strategy to make a lasting impact on Teck’s audience.

What did it take? Keep reading for our top 3 marketing insights from the campaign — and see how you can put them to work toward your own data-driven wins.

1. The medium makes the message

Your campaign should start with a clear goal and compelling message. For Teck, that was to communicate the public health benefits of copper — and to have a positive effect on their community during the COVID-19 pandemic.

But that message is only as effective as the tactics you use to put it out there. In other words, you need to know how, where, and when to share it with your audience.

For Teck, Major Tom’s extensive audience research identified priority channels where they could reach the target audience, including paid social image and video ads, along with out-of-home takeovers in busy public spaces throughout major cities. 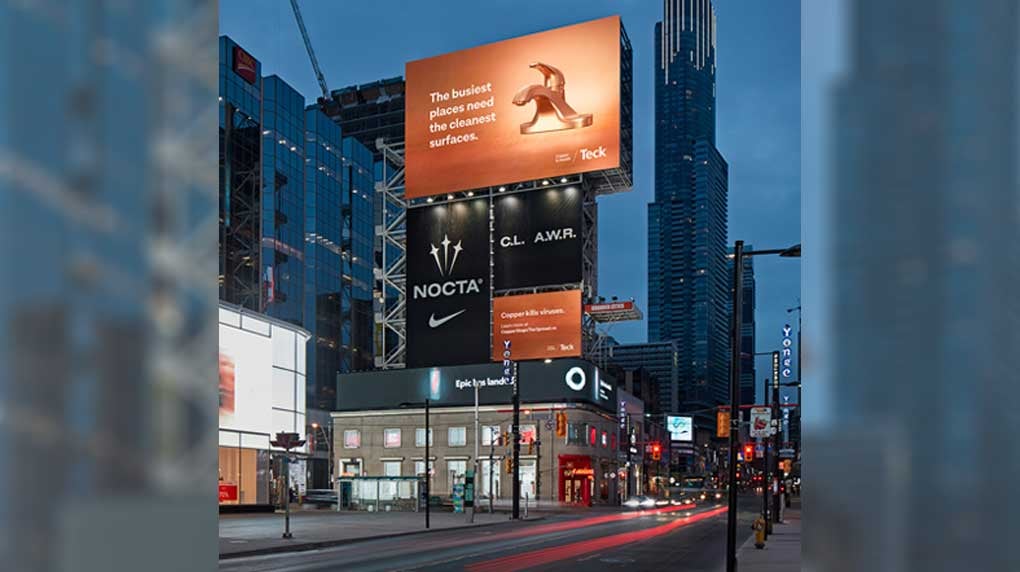 This guided campaign partners Will Creative as they went into production.

When describing the strengths of the Teck campaign, judges pointed out that the messaging about copper’s antimicrobial properties was “persuasive and effective”, with creative and “easy to understand” visuals.

Here’s the trick to building persuasive assets: context is king. While there will always be subjective factors that make for “good” or “bad” creative, focusing on the specific problems and goals the campaign needs to address should guide your decisions.

For Will Creative, that meant tailoring the campaign’s visuals and copy to the specific channels in which they’d appear.

For out-of-home, the campaign would have to grab the attention of busy pedestrians in crowded locations. They prioritized simple, eye-catching visuals that clearly highlighted short, impactful selections from the campaign’s messaging.

More specifically, we matched specific assets to specific locations, like a faux-copper door in a building’s public entrance, paired with an ad that read: "Copper surfaces kill 99.9% of bacteria and viruses. Which door will you choose?" 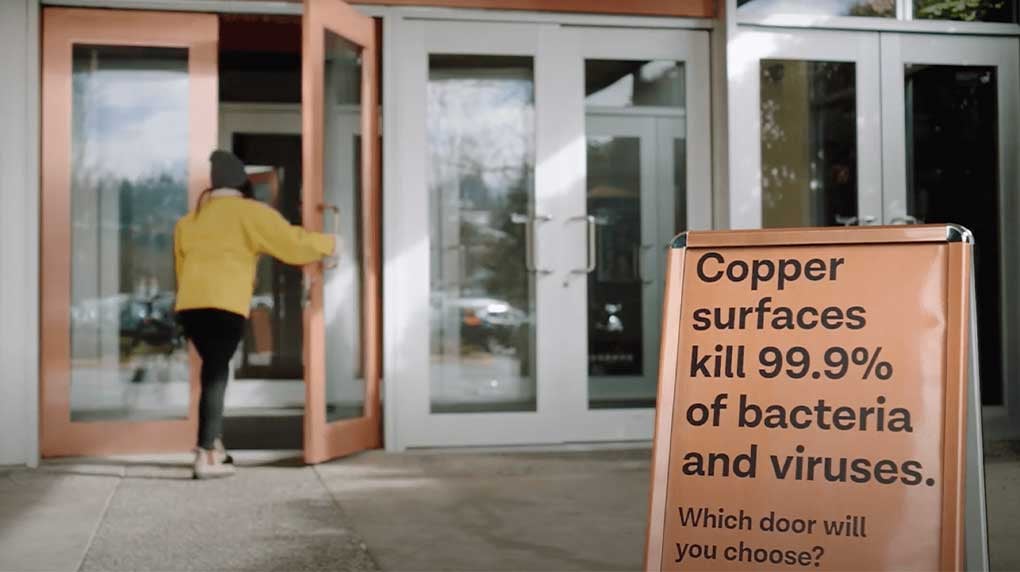 This combination of strong creative and strategic placement was a crucial part of the campaign’s impact.

If you’ve sunk enough research into the first version of your campaign, it can be hard to leave it behind. But it’s rare to nail all the details when you launch — and there’s always room for improvement.

For Teck, Major Tom tested different versions and combinations of creative throughout the campaign in order to optimize for the best performance. That included A/B testing for each ad set from the start of the campaign.

If there was an ad up and running, we were evaluating and comparing it against other creative. To do the same for your campaigns, you’ll need to have the proper tracking and analytics in place.

Over the course of the campaign, this led to weekly updates for the client, as well as creative refreshes every 6-8 weeks. Major Tom’s media team identified when the performance of any given ad set started to dip, and assets were changed out accordingly.

3. Winning campaigns don’t try to do everything at once

As a marketing rule of thumb, you can ask one thing of your audience and, hopefully, have them respond. Ask for too much at once and you’ll lose them entirely.

You might have noticed that the Teck Copper & Health Campaign had multiple goals. First, it had to inform and educate — basically, let people know that copper is antimicrobial.

Second, it had to encourage support for using copper in public spaces — or get the audience to take action.

We didn’t try to do both at once, but built out a variety of tactics across the full marketing funnel. According to one Corporate Content Awards judge:

“Breaking the campaign objectives into phases was an effective tactic to drive awareness and, ultimately, advocacy.”

The display, video, and digital OOH ads would focus on driving that awareness and education. Paid social ads would build interest and consideration, before remarketing to warmed-up audiences to drive conversion and more active engagement — like poll votes and visits to the campaign’s landing page. 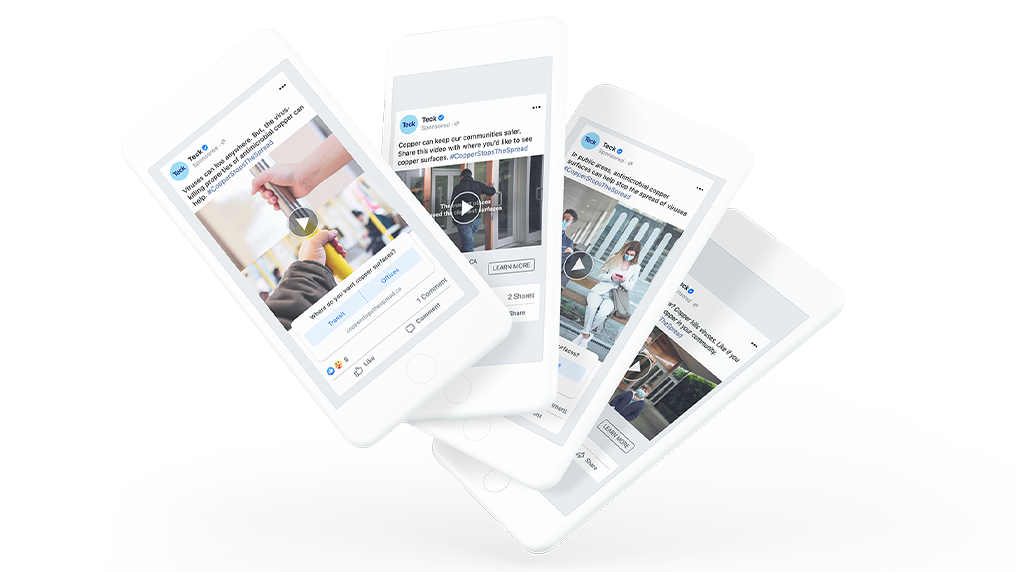 Instead of trying to get our first, out-of-home audiences to do everything at once, we built separate ad sets and messaging for different parts of the campaign funnel.

Win or lose, make sure you learn

Even with the best strategy, some of your campaigns won’t be a home run. But wins and failures alike can teach you important lessons for your next big marketing effort.

Whether you refine your starting research, put more effort into optimizing, or break down future campaigns into more focused pieces, there are plenty of ways to improve future results with your current data.

Have an upcoming campaign that you’d love to gain award-winning results for? Why not reach out to our team and let’s start the conversation.

A goal without a plan is just a wish.