A Love Letter to Chris Hadfield 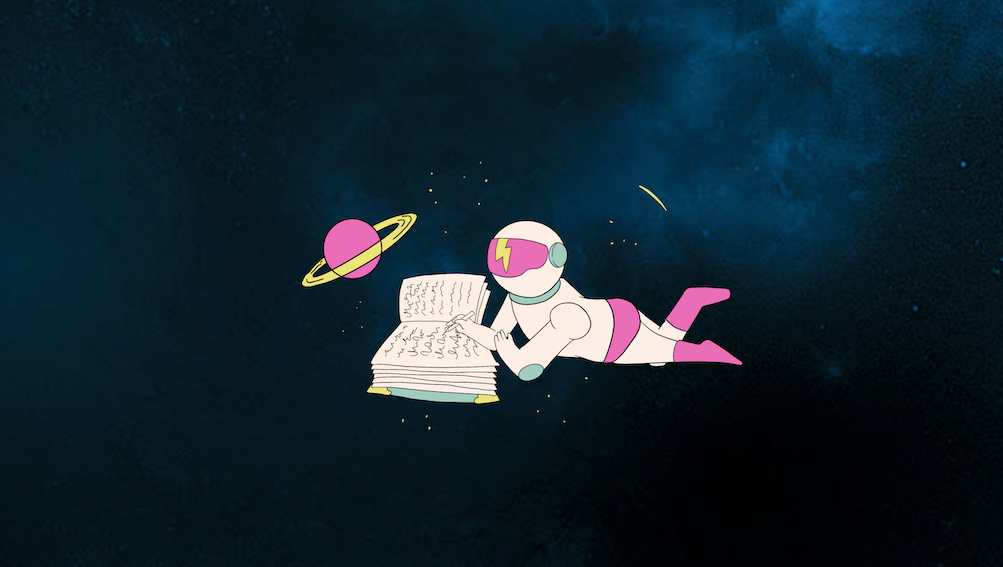 We heard you were coming to Vancouver, and that got us thinking.

In 2018, our agency merged two branches into one and became a new entity. With this new territory, we needed a new name.

Naming a company is tough. It’s a lot of workshopping and brainstorming, gaining alignment with your coworkers, and creativity. You have to consider what’s true to your company and also what will resonate with your consumers. You’ve got to stand out without being too out there.

During this process, we wanted to represent how we approach the complexity of marketing. Ideas of the ‘big picture,’ ‘exploration of new technologies and perspectives’ and how we ‘find clarity in chaos’ kept coming up.

So, Chris Hadfield, as you can imagine, we were looking for inspiration in a lot of places. Especially space.

The leadership team were — and still are — big Bowie fans. And, when we were talking through who our agency should be, we kept coming back to the people on our team who take a 50,000-foot view; those who give clients a new perspective on challenges.

Then, we remembered your video performing Space Oddity from the International Space Station. And we thought, what’s a greater perspective, than seeing the earth from space?

We played your video during our session and, by the end of our rebranding process, it was an influence that led to Major Tom the agency being born.

We admire you and everything you’ve accomplished. You’re an astronaut, engineer, pilot, writer, and musician. Most of us would love to even be one of those things!

In honor of your name (and the name you and David Bowie have inspired for us) between September 16 and October 16, we’re donating all proceeds from our Tin Can shop, including our new Space Oddities collection, to the Canadian Red Cross — which we were informed is a charity you’re passionate about. We've also made a direct donation to this charity. Your continued inspiration is a gift to us and to the future astronauts, engineers, pilots, writers, and musicians of today.

We love you Chris Hadfield, take your protein pills and put your helmet on.

Work Together, Playa Together